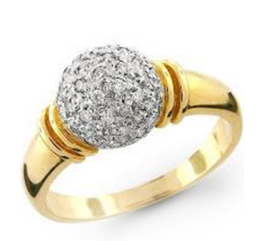 When we talk about buying diamond rings, it is always assumed that some big and grand occasions are on its way that has called in for a diamond ring. Diamonds are always associated with eternal love and celebrations. There are different kinds of diamond rings for women depending on occasions and commitments. So finally you have decide to splurge on diamonds rings, but before hitting the jewellery store take your good time and decide on to what sort of diamond rings are you looking for; whether thick or thin, the size of diamond, the occasion, whether it goes with your style and most importantly the budget. laborum. 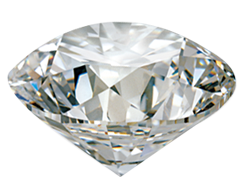 The history of the stone which was eventually named the Hope diamond began when the French merchant traveller, Jean Baptiste Tavernier, purchased a 112 3/16-carat diamond. This diamond, which was most likely from the Kollur mine in Golconda, India, was somewhat triangular in shape and crudely cut. Its color was described by Tavernier as a "beautiful violet." Tavernier sold the diamond to King Louis XIV of France in 1668 with 14 other large diamonds and several smaller ones. In 1673 the stone was recut by Sieur Pitau, the court jeweler, resulting in a 67 1/8-carat stone. In the royal inventories, its color was described as an intense steely-blue and the stone became known as the "Blue Diamond of the Crown," or the "French Blue." It was set in gold and suspended on a neck ribbon which the king wore on ceremonial occasions.67 1/8-carat stone. In the royal inventories,

The round brilliant cut diamond is by far the most popular and most researched diamond shape available today. For almost 100 years, diamond cutters have been using advanced theories of light behavior and precise mathematical calculations to optimize the fire and brilliance in a round diamond. In addition to being the most popular and researched shape, a round diamond will typically give you more flexibility in terms of balancing cut, color, and clarity grades while still getting the fire and brilliance you want. To maximize the brilliance of a traditional round diamond, select one in the two highest cut grades, ideal or very good, and choose idea.

The Emerald diamond cut is a step cut rectangular shape with fewer facets than a brilliant cut. Inclusions and inferior colouring may be more pronounced in this cut; higher grades of colour and clarity are therefore recommended.It is known as a step cut because its concentric broad, flat planes resemble the steps of a stair case. The number of facets in an Emerald cut may vary from 50 to 58.When purchasing an Emerald cut diamond, it's important to select the highest grade stone you can; because of the 'openness' of the cut, flaws, colour weakness, and poor cut may be more evident to the naked eye than in a round brilliant.

can we help you?

You have new message

Chat With Us Live